2020 Mazda MX-5 Miata RFIn Our Opinion: The Mazda MX-5 Miata is a real driver’s car. While there are faster and more prestigious cars on the market, they will come with a higher price tag. The Miata, on the other hand, is a different breed. When you hit the road, the Miata will stand out from every other car. Styling-wise (especially the RF), very few sports cars can match it, and we would argue even fewer are more fun to drive. The Miata has been delighting drivers for three decades, and we see no sign of Mazda slowing down in that regard. Exterior Styling 94Interior Layout 84Driving Dynamics95Safety & Tech Features 80Everyday Functionality70ProsFun Affordable Retractable RoofConsCramped Cabin Limited Storage Space 85We had the 2020 Mazda MX-5 Miata RF Grand Touring this week, and it came at the right time. There is still plenty of summer left, and it’s the perfect time to drop the top and enjoy the wind in your hair and face. The Mazda Miata RF is versatile as both a daily commuter and as a fun weekend car. The power-folding hardtop makes it much more usable as we found out this week.

Miata fans and collectors may want to try and get their hands on the 100th Anniversary model. Announced earlier this year by Mazda, this special edition is based on the 2020 Grand Touring.

Whether you go with the original soft top or the hardtop RF, the Miata has always been an excellent car for the modest price tag.

The Grand Touring cabin is tight but still livable as a daily driver for a small two-seat roadster. Mazda makes the most of the interior’s space and prioritizes driving for pleasure, not just transportation. There are not many controls or buttons, but they are easy to use and reach.

The cabin is quieter than an average convertible thanks to the RF’s power-folding hardtop instead of the standard Miata’s fabric top. Forward visibility is good in the small cabin, but the RF’s targa-like top somewhat impacts the view out the back window. The automatic top is quick to retract and deploy with the flip of a switch, however. The RF’s hardtop can open and close in just 13 seconds.

Two-seat roadsters are not exactly designed for comfort, but the Miata RF comes with a few extras to make life easier. Although it’s still summer, we would make use of the heated seats this fall. Our test Miata also came with rain-sensing wipers, a rear window defogger, and a Bose premium sound system.

If you are over six feet, you’ll have a tight fit, and there isn’t much head and legroom for taller drivers. Average size drivers will even be snug, but you’ll find an agreeable position thanks to the tilt/telescoping steering wheel.

There is not much storage space either, but you can tuck a few items away in the small center console. Mazda includes two convenient removable cupholders that can be stored away when not being used.

The 2020 Mazda MX-5 Miata is powered by a 2.0-liter four-cylinder engine producing 181 horsepower and 151 lb-ft. of torque. It is a rear-drive configuration, which is what a sports car like this should have. The engine comes paired with either a six-speed manual or six-speed automatic.

Suppose you are going to buy a two-seat, rear-drive convertible sports car – or, more specifically, the 2020 Mazda MX-5 Miata RF. In that case, we recommend the six-speed manual gearbox. It ramps up the fun-to-drive meter and allows you to get the most from the small car. The only downside is driving in stop and go traffic if you also use it as a daily commuter.

The 181 horsepower engine doesn’t sound like much, but in this small, lightweight sports car, it has enough power to dial up the fun factor. This current generation of the Miata underwent a number of weight reduction measures, and it shows on the open road. In order to keep the Miata’s 50/50 weight balance, the engineers cut weight from the suspension, transmission, and air conditioning system. As for the RF specifically, it is lighter because of the aluminum hood and trunk lid.

This Grand Touring trim has a firmer ride because of its sport-tuned suspension with Bilstein dampers. However, we thought ride quality was still pretty good even over rough pavement and an occasional dirt road. Just be careful as larger potholes will send a shiver through the chassis.

The 2020 Mazda MX-5 Miata RF is a car you will always enjoy driving. Driving Dynamics: Let The Fun Begin!

The sport suspension is worth any discomfort when it comes to throwing the two-door coupe around tight corners, which we did in the mountains near Denver. It hugs the road fairly tight as we pushed the MX-5 hard around the twisties. The brakes are also a strong point and offer excellent stopping performance when you need them.

You’ll want the RF trim because it offers a quieter ride than the standard soft top. The power-folding hardtop makes the ride a little more enjoyable, especially at highway speeds. The RF also comes with a fixed buttress positioned behind each seat, giving it a distinct coupe or targa-like look instead of the Miata’s traditional roadster profile.

The 2020 Mazda MX-5 Miata RF is a car you can’t wait to drive! The advantage of the RF is the quieter cabin, but for the money, the Miata packs a lot of fun in a small compact sports car, no matter the top.

Denis Flierl has invested over 25 years in the automotive industry in a variety of roles. All of his firsthand reviews are archived on our test drives page. Follow Denis on Twitter: @CarReviewGuy

Check out these Automotive tips 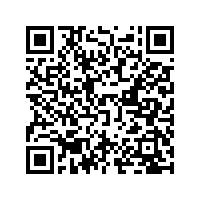