What Makes A Classic Car

Those cars that are universally accepted classics such as Ferrari, Aston Martin, and most of the other exotics autos. So what’s going to be the classic car of tomorrow? In the past the Chevrolets, Fords, Buicks, and Plymouths of 30-40 years ago were not meant to become future classics, but some of them have actually earned a spot among the Ferraris and Aston Martins at shows and classic car auctions around the world. Will any of the less collectable cars of the 1980s and 1990s make it?

There are so many different definitions of what a classic car is. Some would put specific age limits on the definitions, and others would say that only special variants would qualify for classic status.A classic car is one that stops depreciating in value and either levels off or begins to appreciate over time. The value increasing because of demand ties into the definition that the classic cars have appeal long after they are no longer produced. The goal is to catch these cars when they are at the bottom, before they become more valuable. Of course, values do vary from year to year, so like any potential investment there are risks.

The value of these cars will more than likely stabilize in the next 5 to 10 years. Granted, some of the cars are special variants, and many may fall into obscurity instead of becoming more popular 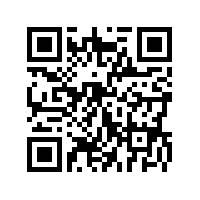